Flood control structures, such as dikes, dams, spurs, levees, drainage channels, and floodways, are intended to protect coastal and riverine areas of cities, farms, and other areas of economic value, as well as the people living there. These structures are expected to prevent flooding of the low-lying regions and nearby buildings, such as homes, businesses, roads, and railroads, in some cases by channeling the flow of water into a body of water, such as a lake, sea, or water reservoir. When properly designed and constructed, they can significantly reduce flood damage, encourage development in flood-prone areas, and provide safety for communities. However, if improperly designed, constructed, operated, or maintained, they may be insufficient to stop an uncontrolled flood and can increase the risk of flooding. Thus, when planning a new structure, engineers must have highly accurate data to build a digital twin flood model that will provide a scientific foundation for engineering and building the future flood control structure.

How exactly should the digital twin flood model be built? What should it be based on? Let's discover the project of the Chinese Bureau of Hydrology and Water Resources that was recently implemented on the part of the Yellow River in China, targeting the 28 km section of the river basin.

The project's first step started with acquiring 3D data underwater, on land, and from the air. 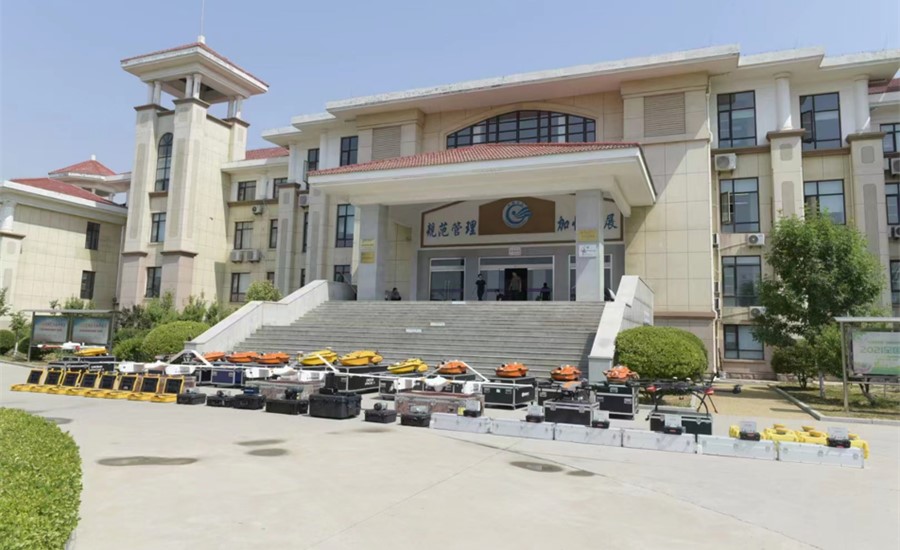 Figure 1. The CHCNAV’s products and solutions prepared for the survey in front of the Shandong Province Hydrology and Water Resources Bureau (China).

The topographic data on both sides of the river were collected by UAV with LIDAR and orthographic camera, while USVs with single and multi-beam echo sounders collected the underwater high-precision topographic and bathymetric data:

1. The underwater data was collected by multi-beam and single-beam echo sounders mounted on the Apache 6 and Apache 4 USVs (unmanned surface vehicles).

3. And the aerial data was obtained by an oblique photographic system from CHCNAV mounted on a UAV. 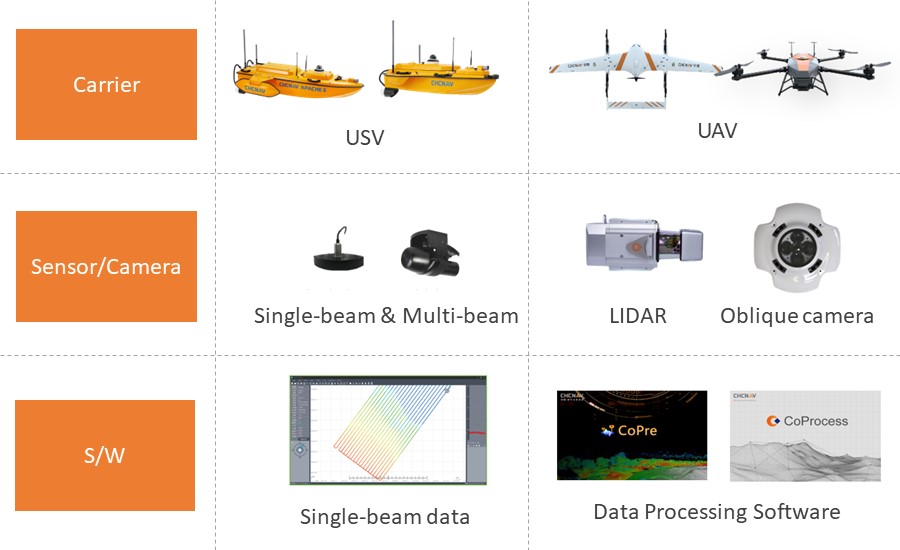 Figure 2. Data acquisition products and solutions from CHCNAV used in the survey.

With these complementary devices, heterogeneous data from multiple sources, such as large-scale remote sensing images, laser point clouds, terrain data, oblique photography, CAD drawings, and BIM models, were obtained. CoPre software (a 3D laser scanning pre-processing software that can process captured raw data, including POS trajectories, LiDAR data, and RGB images) was used for the Tilt and DOM modeling. CoProcess software (software designed for the reality capture post-processing tasks and DEM/DTM generation) was used to generate high-precision DEM models, a 3D representation of a ground surface created from elevation data, with a point cloud density of more than 50 points/m2 for the areas above and below the water. 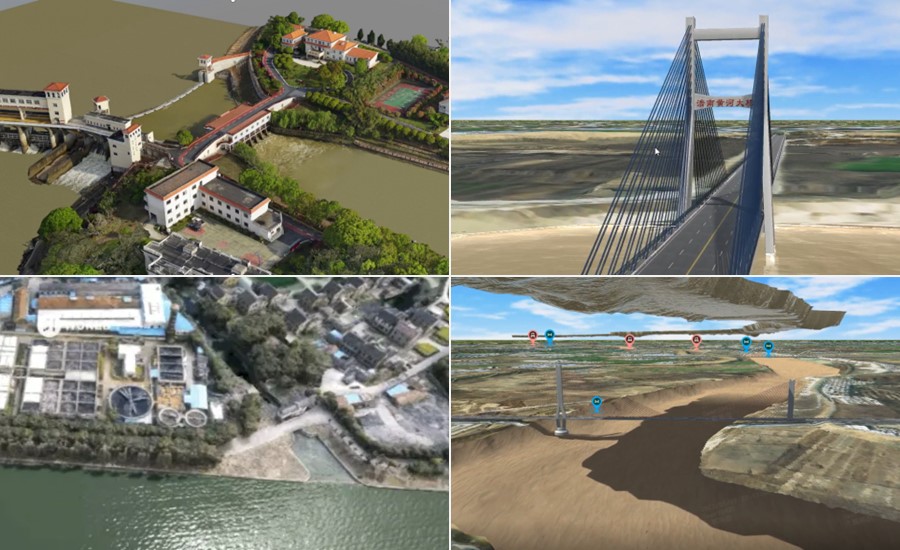 In addition, high-accuracy real-time positioning data obtained from CHCNAV’s CORS stations and GNSS sensors, as well as meteorological and hydrological data, AI (artificial intelligence) video data, and other relevant information on the operation and maintenance of flood defenses, river channels, and reservoirs were previously prepared by the Bureau for the project.

The amount of data collected and generated in the digital twin database reached petabytes (PB); a powerful third-party platform for 3D flood simulation and visualization was used to render and process this volume of information rapidly. 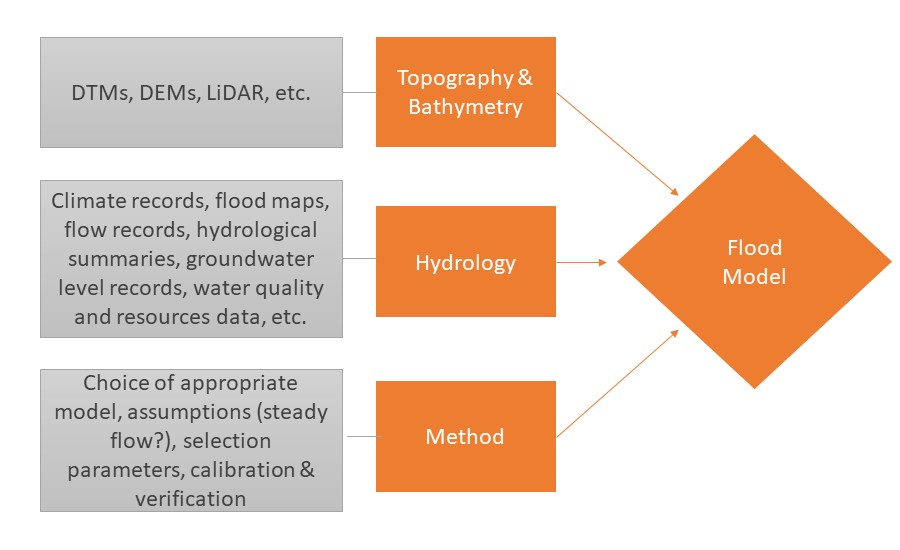 Figure 4. The components of the flood modeling process.

At this point, three additional steps have been implemented:

Hydrologic analysis requires an understanding of how water moves across the landscape. Its purpose is to help determine where flooding is likely to occur and with what probability. Site data (climate records, flood maps, flow records, hydrologic summaries, groundwater level records, water quality, resource data, etc.) and accurate and comprehensive data obtained from the remotely operated vehicles and generated models were used as the basis for the analysis. The data quality provided was an essential contribution to a high-quality model.

The historical flood information was used in the scoping phase to develop a conceptual model of the flood mechanisms. Based on the actual flood records, the entire flood process for the different years was reproduced on the third-party flood simulation platform. 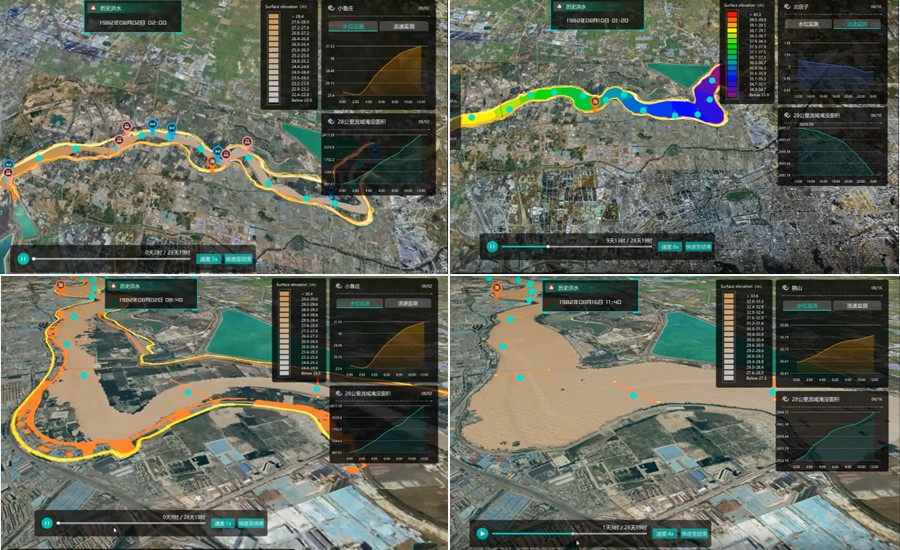 Figure 5. The simulation and analysis of the historical flood events on the 3rd party software; based on the data collected by the CHCNAV’s USV & UAV. Figure 6. The real-time flood extrapolation process simulation in the 3rd party software; based on the data collected by the CHCNAV’s USV & UAV.

As a next step and based on the developed digital flood model, the digital watershed twin project calls for technical staff, experts, and users to jointly work to develop customized applications for watershed engineering and construction in the next few years according to the project schedule (2022-2025).

In conclusion, the use of 3D mass data acquisition systems, such as CHCNAV’s UAVs, USVs, and LiDAR, to maintain up-to-date, high-quality topographic and bathymetric data is the foundation for digital twin models, as it's the base for the construction of hydraulic models and in the production of flood maps. However, outdated information can significantly increase the time and cost of developing digital models and the likelihood of human error. Even when legacy data are reused, and before the application of 3D reality capture solutions is critical to confirm that there have been no significant changes (erosion or deposition, vegetation growth, construction, alteration, removal, etc.) in the study area since the initial data collection.

CHC Navigation (CHCNAV) creates innovative GNSS navigation and positioning solutions to make customers' work more efficient. CHCNAV products and solutions cover multiple industries such as geospatial, construction, agriculture and marine. With a presence across the globe, distributors in more than 120 countries, and more than 1,500 employees, today, CHC Navigation is recognized as one of the fastest-growing companies in geomatics technologies. For more information about CHC Navigation [Huace:300627.SZ], please visit: https://www.chcnav.com/about-us/overview