During the event period, about 200,000 visitors and 1,500 exhibitors from more than 40 countries attended, and CHC Navigation was proudly among 70% of the non-French international exhibitors. CHC Navigation European team and Galaxeo, our Distributor in France, were present and provided enthusiastic services to visitors from different corners of the World.

Many displayed CHCNAV high-tech products attracted a lot of audiences' attention. The CHCNAV M6 GNSS Receiver, with its outstanding mini size and appearance design, was considered a shining star among its counterparts from other brands. Meanwhile, the CHCNAV HCE300 also drove the interests from a large number of visitors with its powerful functionalities and reliable performance. In addition, our team displayed and demonstrated other CHCNAV products such as i80, LT600 series, LT500T, P3E, and the software LandStar 7 as well to the interested visitors.

We can expect that after this successful event in Europe, CHC Navigation will consolidate its brand awareness in the European markets and enhance the cooperation with European partners. 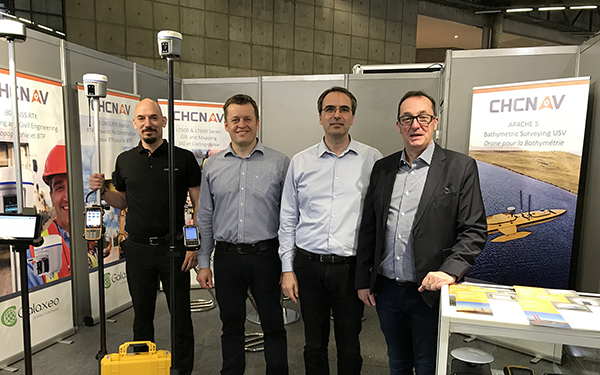